Looking Back: Top 5 Sneaker Collaborations of 2017

2017 was an amazing year for sneaker collaborations. The sneakerheads at Trendstop have created the definitive Top 5 list of 2017 new releases. We have chosen to focus on new releases over rereleases. Thus we have not included releases such as the Nike Air Max 1 Atmos Elephant or the Nike x Fragment Design Air Jordan 1.

This sneaker caused riots such was the demand. Celebrated New York based artist Brian Donnelly aka KAWS applied his magic on the Nike Air Jordan 4 silhouette. This resulted in what many sneakerheads believe to be one of the greatest sneakers of all time. Covered in premium grey suede embossed with the hands of his companion creation, the shoe has a glow in the dark translucent outsole. KAWS’ signature XX logo is on the heel, along with a KAWS logo on the inside tongue. The sneakers retailed for £290 ($350 in USA) but fetch over £1,200 ($1,690) on the resale market. A black edition of the sneaker released on Cyber Monday exclusively available on the KAWS ONE website. 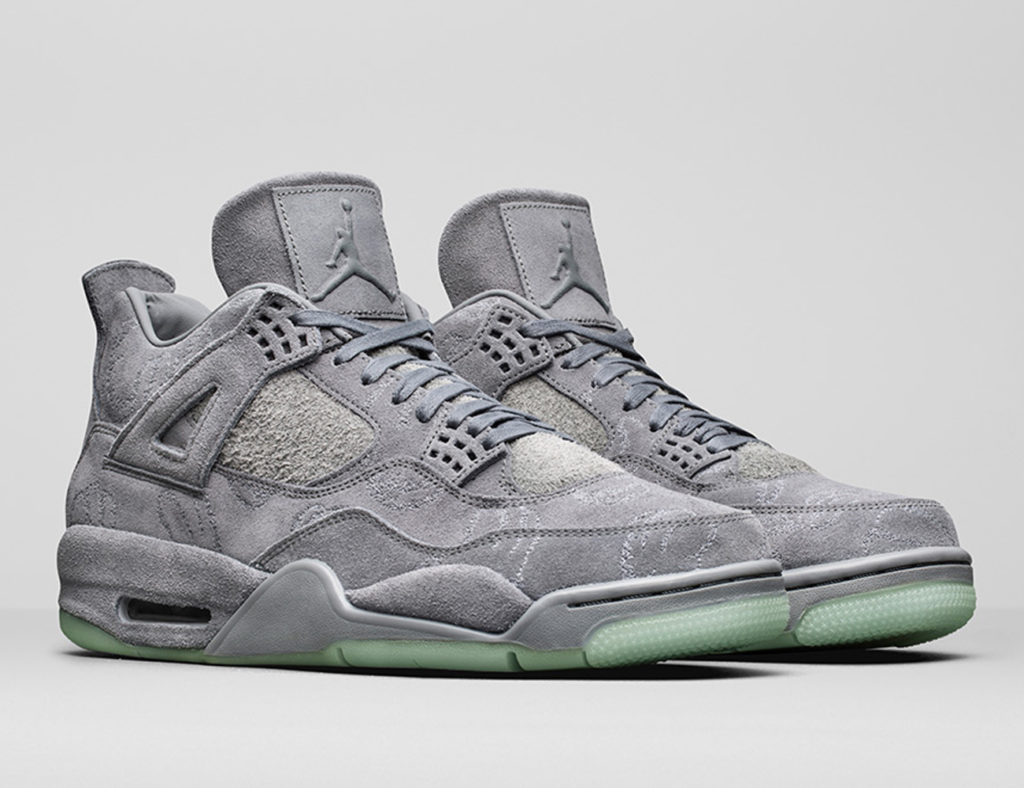 Off White’s Virgil Abloh collaborated with Nike on ten styles from its archives, deconstructing them in ways never seen before. The best of these releases was the Air Jordan 1. The shoes have a red zip tie attached to the collar. A mix of different materials was used. Printed text appears on the shoe itself as well as the laces and midsole. The sneaker comes in an inside-out box which continues the deconstructive theme. 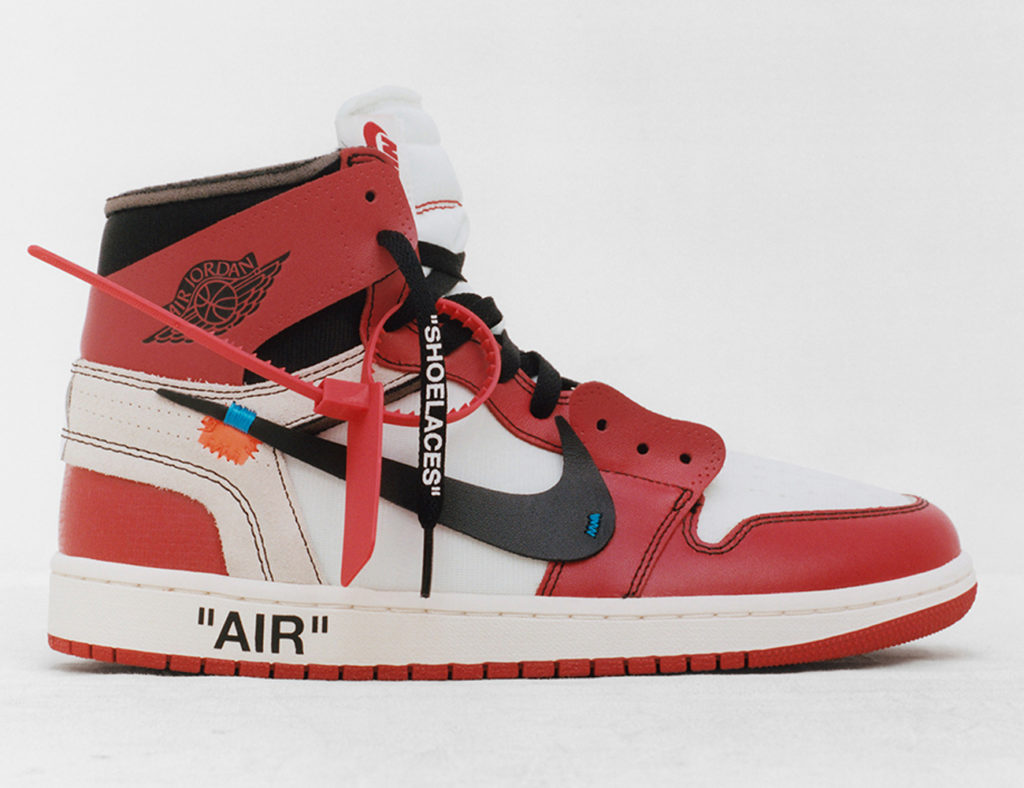 Adidas seems to be releasing new NMD’s almost weekly! There have been so many great collaborations along the way. One of Trendstop’s favourites is this edition where Japanese motorcycle inspired streetwear brand Neighborhood teamed up with South Korea’s Invincible. Taking cues from Japanese Sukajan jackets it uses Neighborhood’s ‘Vietnam’ jacket as the template. The shoe has an all black upper with great trend-aware detailing. The left heel boasts an ornate embroidery with the kanji character for ‘good fortune’ paired with a roaring tiger on the right. The heel tape and insole feature white kanji lettering on black. The shoe uses a Boost midsole with Neighborhood and Invincible co-branded in black lettering on the bumpers. 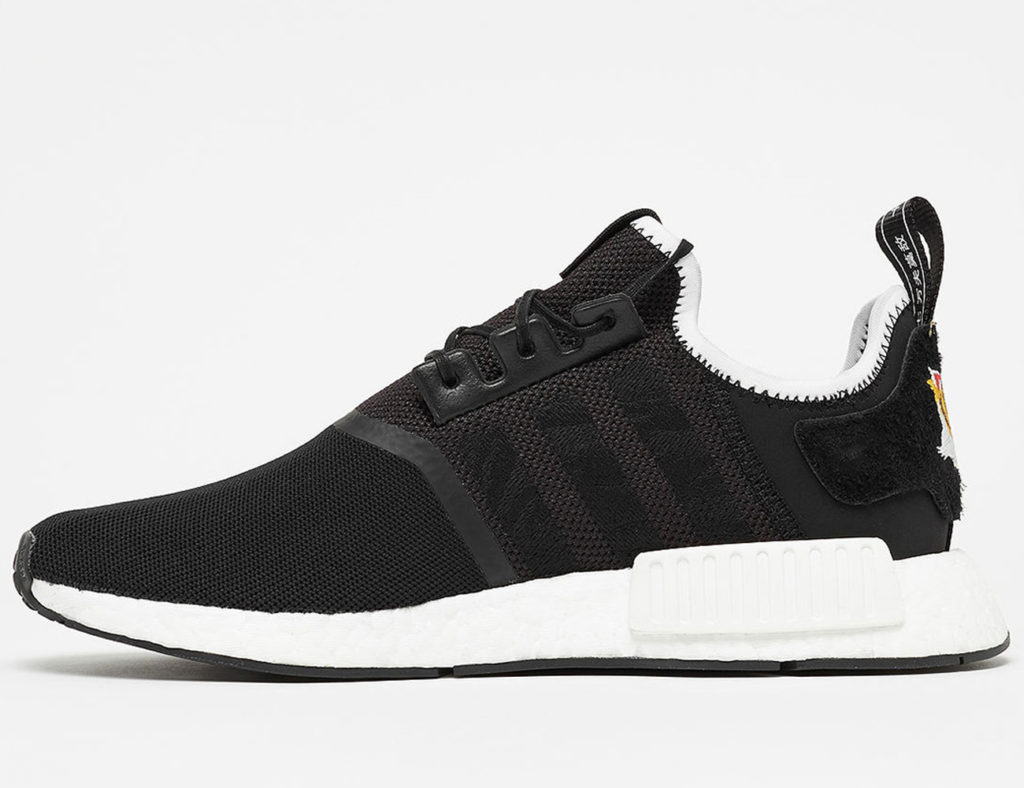 Nike collaborated with Comme des Garcons to introduce Nike Air Vapormax. The Vapormax introduced a new technology to the Air Max line, which completely eliminates the need for a foam layer. It incorporates the Air and exterior layer into one Air Unit, which also looks super sleek. The upper uses Nike’s flyknit technology which further reduces the shoe’s weight. The CDG version of the Vapormax is laceless, featuring Comme Des Garcons branding in place of laces. It came in a white or a Triple Black colorway with the black being Trendstop’s favourite. 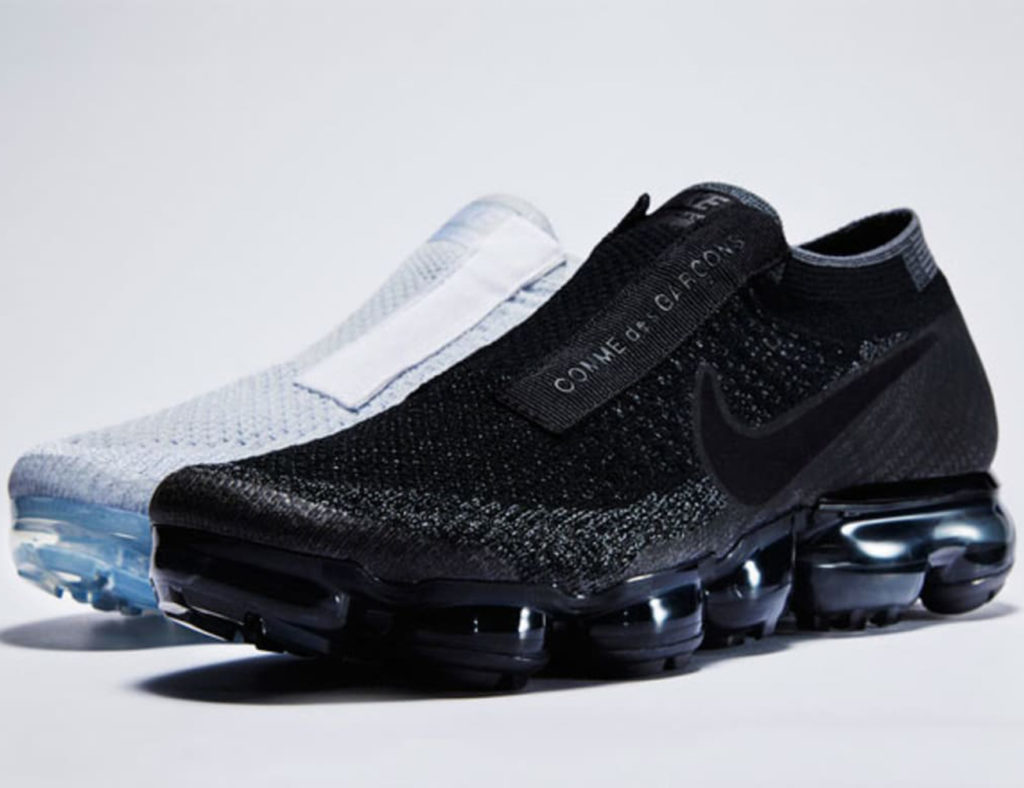 For the 20th anniversary of the Air Max 97, Los Angeles based sneaker boutique UNDFTD put their spin on the Air Max 97. They applied a premium high fashion inspired look to a streetwear staple. The sneaker uses a combination of mesh and patent leather. Red and green piping runs through the design with the Undefeated logo across the red piping. The shoe came in black and white colourways with the black being Trendstop’s favourite. 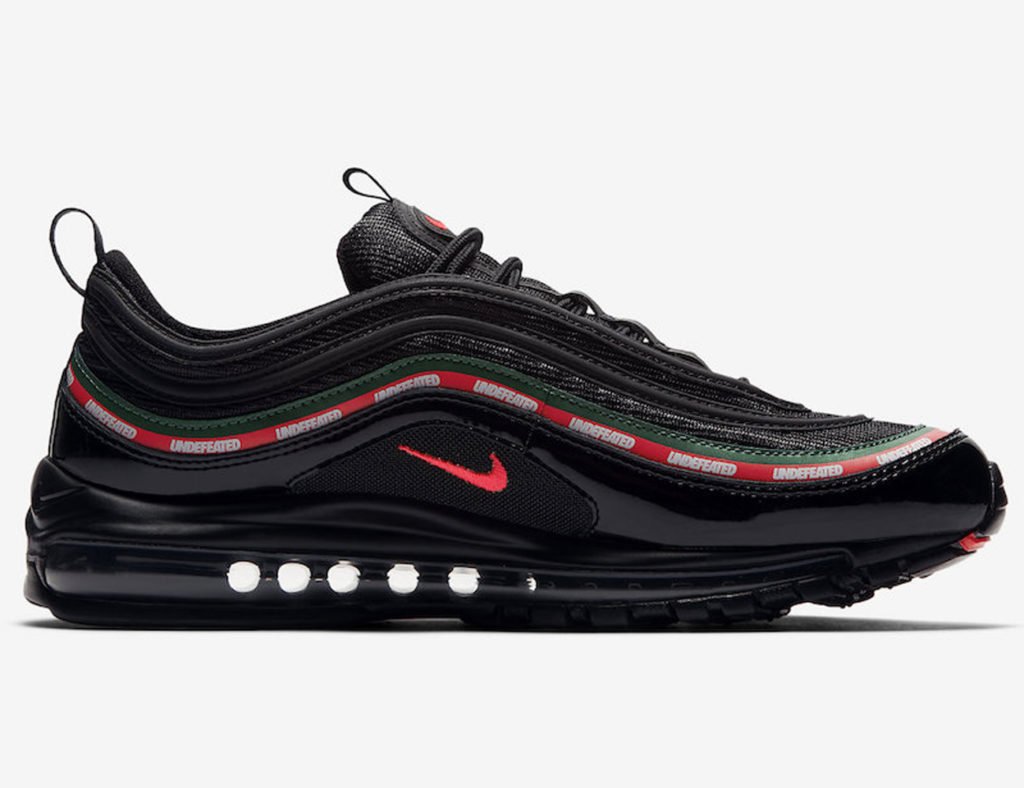