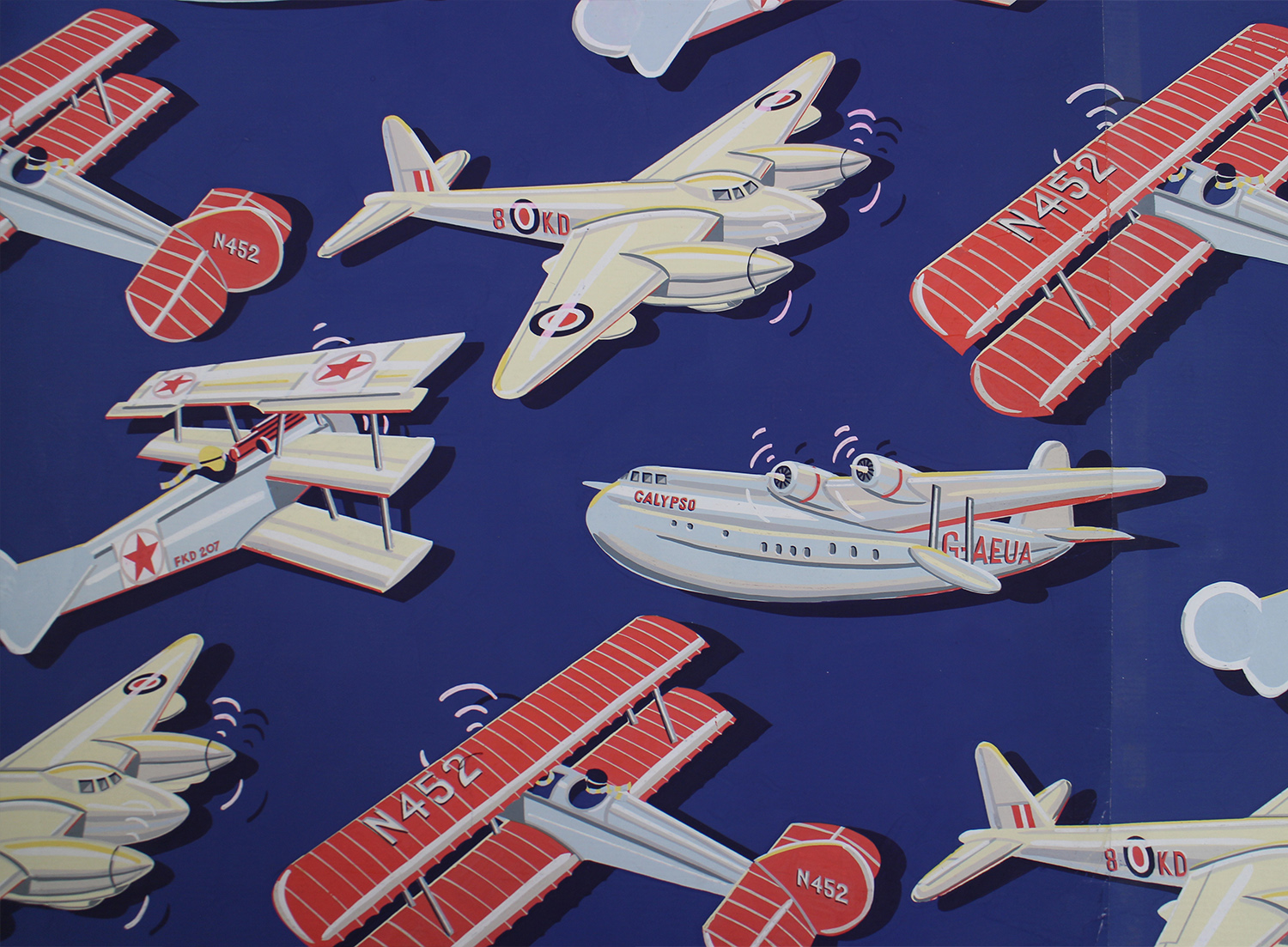 This Thursday sees the opening of the new Barry Daniels Archive in Hackney, London. The archive, which holds thousands of designs by Daniels as well as other designers, is now available as a resource for designers, and as a trove of rare vintage art pieces.

To mark the occasion, Trendstop has an exclusive interview with Barry Daniels’s son, Mark Daniels, and Ros Weaver, a textiles specialist who has been helping in archiving the thousands of designs.

Tell us a little more about Barry Daniels and his work…

Mark: Barry Daniels was an artist and the co-founder of pop-art collective Danad Design, alongside Peter Blake. He studied at Slade School of Fine Art in London and pursued his career to become an artist. As part of the collective, he worked from Marden Hill, a Georgian mansion in the heart of Hertfordshire. From 1958 to 1962 they worked on bringing art into everyday life by designing furniture and surfaces.

In the late 1960s Barry began to design textiles as well as becoming an agent for other artist. The studio closed in the late 1980s and since then the archive has been stored in the basement of the mansion with work covering the mid to late 20th century.

Ros, as a textiles specialist, what were your first impressions of the Barry Daniel’s Archive?

Ros: It was very exciting for me, I didn’t quite know what to expect. It was clear that we were on to something special. There were over 4000 pieces hidden away. You could see some of the work was Barry’s, they correlate with his earlier painting work. The designs tell a story through the decades, each era is so recognisable.…

I also loved that they are all hand painted. There’s something about them that you just can’t achieve through today’s digital designed prints.

Can you tell use a bit more about Barry as an agent?

Mark: He started his career as a fine artist, studying at the Slade School of Art alongside Lucian Freud and Henry Moore and abstract expressionists of the day. As part of the DANAD collective he became involved in textile design. This began in the 1960s where lots of his work featured in designs for Liberty & Heals. Soon after this he started to take on other artists, often working with Universities and students with the aim of helping young designers to grow into their careers.

What were his textile designs used for?

Mark: When he first began it was mainly for clothes but later this expanded into home furnishings, wallpaper and also plates. He worked well in all different mediums.

Where was his textile designs sold?

Mark: He sold mainly in New York, but also in the UK. He would come back from America to the UK and tell people what was selling over there.

What are a few of your favourite pieces from the archive?

Ros: Our favourites are the early black and white textile design prints and we also love this colourful wallpaper design which was designed to be a repeat, we’d love to see it on a wall. But there are plenty more still to discover!

How do you think Barry’s previous work with the DANAD Design Collective and the Pop Art movement is reflected in his textile designs?

Mark: I feel it is the movement on from fine art. Both his colleague Peter Blake and Barry saw the potential of working with out of copyright prints. For Barry, this was updating retro textile designs, for Blake it was using old imagery like he did with the Sgt. Pepper album cover for The Beatles.

Ros: Barry reinvented designs from the past for a contemporary consumer. He was one of the first people to do this, which is now common in print and textile design.

How do you think that Barry’s work encapsulates the era these textiles were designed in?

Ros: They tell a story through the ages as they all have recognisable design features. Such as in the ’70s art deco revival can be seen in the prints.

How do you think Barry’s work can be used as a resource for print designers today?

Ros: So many of his designs relate to design today, if you look at any of his florals you can see them on dresses this season. Digitally designed florals I feel just don’t have that same fluidity.

What have you learnt through the process of archiving his work?

Ros: It’s a puzzle I’m trying to work out. I’m trying to find who he sold to and who he worked with. All these prints in the archive are actually designs that were never sold, that’s why they were left in the basement for so long. I’d love to see his stuff in action. It would be interesting to link the designs to existing textiles.

Mark: I often walk past homeware shops, or see people walking down the street and see designs I’m certain are his.

The Barry Daniels Studio Archive launched on Thursday 25th of April and the designs are now available for sale.