The iconic Coachella music and arts festival ran over two weekends this year, on the 13th – 15th and the 20th – 22nd of April. 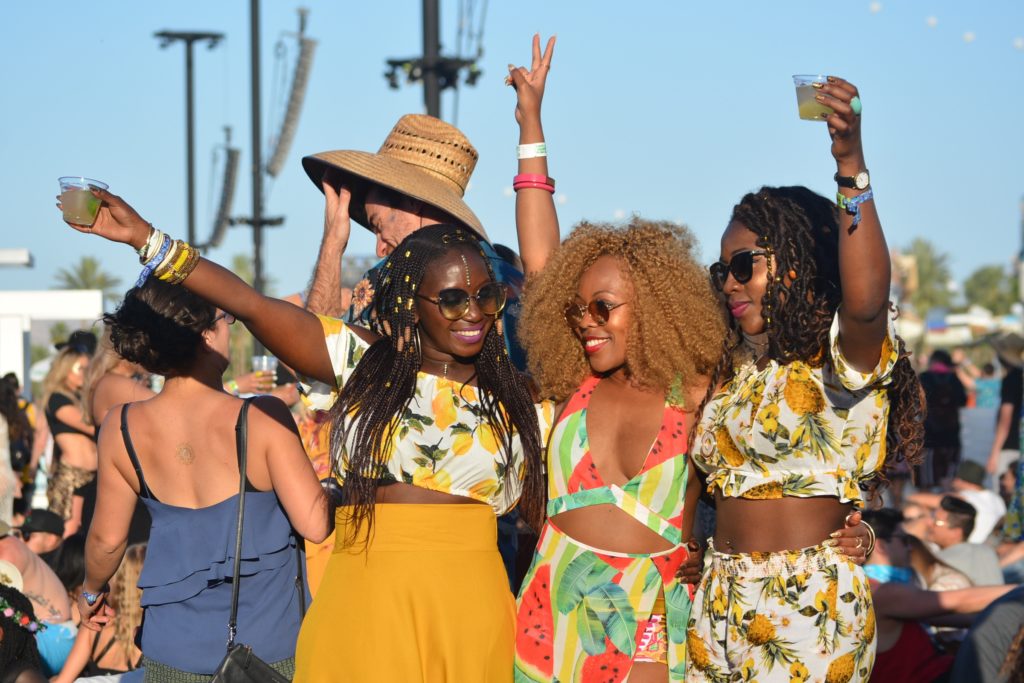 Since its launch in 1999 the festival has played host to some legendary performances and art submissions, and 2018 has proven to be an exciting year for the festival with the headliners including Beyoncé, The Weeknd and Eminem.

One of the most impactful and influential acts this year was Beyoncé, who sent social media into a frenzy when she surprised the crowed by bringing out her former Destiny’s child bandmates Kelly Rowland and Michelle Williams for a reunion. Alongside this, she brought out husband Jay Z and sister Solange Knowles for separate performances. All of Beyoncé’s looks were designed by Balmain’s Olivier Rousteing who was enlisted by the singer’s stylist Marni Senofonte, to create her entire Coachella wardrobe and costumes for her 200-strong army of dancers. Each individual look had iconic potential, with styles ranging from a statement cropped varsity sweatshirt to a heavily encrusted bodysuit. The statement look of the show was a Nefertiti inspired bodysuit and cloak combination, accessorized with an Egyptian headdress.

Another big moment at Coachella this year was supplied by DJ Whethan who invited Walmart yodelling kid and latest social media sensation, Mason Ramsey on stage.

The Coachella grounds became an outdoor gallery space for contemporary art installations, in a fusion of the creative industries. Amongst the chaotic crowds sat an observation tower created by NEWSUBSTANCE called Spectra. The piece offered visitors a 360-degree view of Coachella and the surroundings and was set up to provide a space for reflection and bring a sense of peace and serenity to all who enter. Built from 31 custom kaleidoscopic colour panels and over 6000 LED lights, the night-time illumination turned it into a spectacular lighthouse of colour. 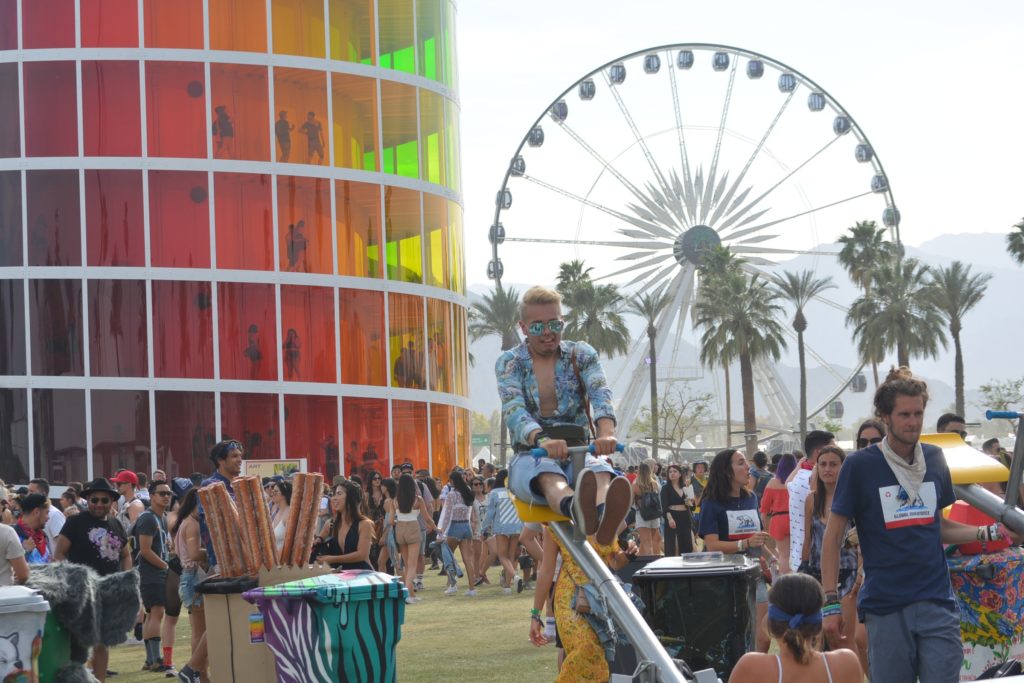 Trendstop have selected the key festival looks that have emerged from the first weekend of Coachella below. Don’t forget to come back this week to see our coverage of weekend two!